Vietnam
is perhaps best known to people around the world because of its
involvement in the Second Indochina War with the U.S.A. Since then,
the North and South regions of the country have unified and the
country now welcomes millions of international tourists every year.What
to See   Those
looking to visit the country will have plenty to see. If you want to
learn about the country’s history, visit Ho Chi Minh’s Mausoleum
or the War Remnants Museum. There is also an abundance of natural
wonders like the National Park in Phong Nha-Ke Bang or the Sand Dunes
of Mui Ne. Finally, those looking to sample some lively nightlife
will be well accommodated in big cities like Hanoi and Ho
Chi Minh.
The Ha
Long Bay is one of the country’s most famous attractions. The 1,600
limestone island and islets that make up the area remain largely
uninhabited by people, but are instead home to many plants and
animals unique to the area.
How
to Get Around   Vietnam
is currently in the process of upgrading many of its roads and
transportation links to deal with the increasing number of visitors.
Until this is complete, internal flights remain popular especially
for longer distance journeys. There are many flights connecting the
country’s largest cities, Ho Chi Minh and Hanoi, to others like
Haiphong, Can Tho, and Da Nang. Another option is train travel. While
much of the network has not seen expansion since it was first built,
it’s still a great way to see the country while meeting new people.
For shorter journeys there’s the cyclo,
a bicycle rickshaw. Cyclo drivers won’t have a standard rate,
preferring to try and haggle a high price with you.   When
to Visit   Vietnam
is large enough to have several distinct climate zones, which you
should take into account when you’re planning your visit. The North
has the four expected seasons, with a relatively chilly winter, a hot
and wet summer, and mild spring and autumn seasons. The South,
meanwhile, has only three distinct seasons. The climate is at its
hottest from March to the start of June, with April being the warmest
month. The rest of June to November is seen as the rainy season,
where downpours can happen daily and the mosquitoes are out in
droves. December to February is generally seen as the best time to
visit, with temperatures in the evenings reaching around 20°C
(68°F). Vietnam
has lots to offer even the most seasoned of travelers and is easily
accessible, with many tour operators running
trips to the country.
Let me know in the comments below about your favorite places to visit
in the country. 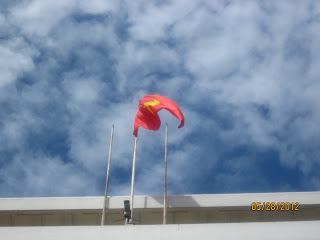