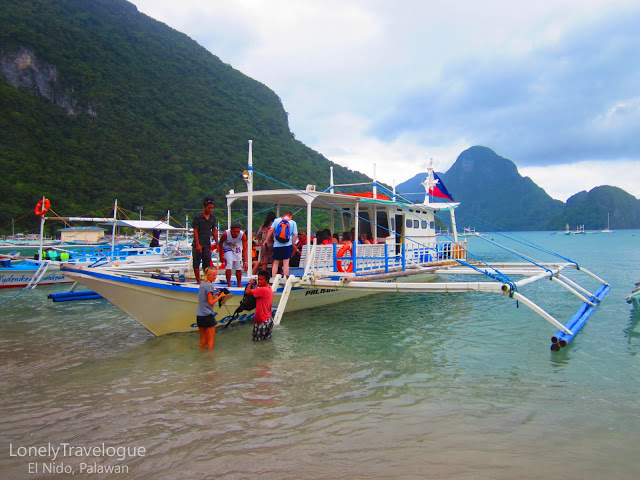 I woke up in a half fine weather. The sun was still not showing his mighty rays to people expecting a blast in the beaches of El Nido. Thick bright clouds dominated the skies of the little paradise town in the northern tip of Palawan – the last frontier. I took a bath still not knowing if I could see the islands of El Nido. Until I got a knock from the hotel owner, he told me that I will do Tour B among the four tours. I didn’t quite like it because I was dreaming of either tour A or tour C. Seemingly, the hotel owner decided my fate in El Nido. But I asked the guy who accompany me to the shore what tour was available. He said the coast guard permitted the operators to do tour A and B. So why this man decided for me to do Tour B? hmmm… Anyway, I did Tour A.   After I paid Php700 (Updated price as of 2015 is Php1,200) for the tour inclusive of lunch, Php200 environmental fees, rented a snorkeling gear for Php100 and bought a liter of water; the engine of the boat started to roar signaling that it’s time for us to go.

I was the last one to board, giving me the best place/spot in the boat. We braved the strong waves and the strong winds of the seas. The gust collided with our body while our eyes were attentive to the beauty of the islands – our destination.

I was expecting to walk in the sea to enter the Big Lagoon, our first destination. I’ve seen from other blogs the scene when its low tide and it was magnificent! Unfortunately the tide was high thus the boat could enter the lagoon and we were just there sitting and still mesmerized by the rock formations. It would have been a nice experience if we were able to walk down ;( The nature wants me to go back to El Nido to experience that longing.

Its like the entrance to paradise. I was thinking that we would still be able to get down once we reach the lake but the boatman said that it is prohibited to do so because of some harmful elements. The boat just rounded the lake/lagoon while the boatman showed us some interesting rock formation.

Where I Could Die In A Marveled Creation

One of my favorite spot in El Nido Tours is this – the Small Lagoon. When you see this kind of creation matched by the clear crystal water and white sand sea bed, all you could think of is a PERFECT VACATION. What you see in the pictures below is just the facade of the lagoon. You have to swim towards the small opening where only human and a kayak can enter to swim in the Small Lagoon. So since you have to swim to get to the lagoon, your precious DSLR or Digital camera is a no no. Not unless you have a camera case for water proofing or under water camera. Unlike in Puerto Princesa, I didn’t saw a shop in El Nido Town where in you can rent a camera case.

I do not know for how long we swim towards and back . All I know is it was a fun moment experiencing the cold water of the lagoon. And yes it was so tiring and my legs were actually aching with every paddle of my both feet. But its worth all the pain. The reward was the joy and fulfillment to the highest.

There was a little cave in the lagoon where in most flock to take time to rest before heading back to the boat. I really regret the fact that I didn’t had anything to document whats inside ;(

See how clean the water is…

Shining Sand of the Shining Island

We were hungry when we went back to the boat. Good enough the boatman said that we will have our lunch in our next destination. We stayed in Entalula for two hours to have our lunch and to bum around and make some friends. Entalula is originally part of Tour B package but due to strong waves our boat cannot dock in the island where we suppose to have lunch so our bot men opt to settle here.

The island is partly owned by El Nido Resorts (?) of the Ayala’s. That was why its prohibited to go to some parts of the island. The beach next to us (picture above) is the activity area of the resort’s guests. Its where the rich and elite do there beach bumming… There were two guards with long firearm guarding the area to protect these people.

They said everything to be eaten in the beach is delicious. The grilled fish and pork match with the appetizing salad and fresh fruits are just perfect to fill our cravings.


I didn’t had a good pictures in this Island, I don’t know why haha… Shimizu Island they say is named after a diver who died there. According to our boatman the Chinese (or maybe Japanese) diver died because his oxygen tank emptied while he’s under the water. On the boat, we were joking saying ‘you don’t wanna change the name of the island with your name’ hehe…


Anyway the place is a good spot for snorkeling without, well, the big waves. While I am enjoying the corals and relaxing on the water, I noticed a school of fish coming towards me. Oh that was a great experience!!! I have the good spirit in me that led this cute nemo creatures towards me!!! It was the nicest experience when you are snorkeling… Then the school just past by me making my joy half complete. I turned where they headed and I saw them having a feast. Oh my goodness they were feeding the fish with the excess rice!!! Grrr… I thought its a no no in El Nido to feed the fish but the boatman were doing it! I approached them asking them about it. They said small portion is ok. As if saying its not a big deal. duh!!! If all the boatman will do it, its no longer like that… :/


A Filipino guy raised in the USA from our group overheard me and he’s kinda confuse why I am against fish feeding. Well I said, the fish should be fed naturally so that the ecosystem will function accordingly. I was hoping for a follow up question but his face was like a question mark… and never said anything.

Beach Bumming in Presence of the Mighty Wave

Like Shimizu Island, 7 Commando has a story how he got its name. According to our boatman a group of soldiers was assassinated/killed there thus it was named 7 Commando. I asked ” Did they killed 7 soldiers?” He gave me a smile and he proceed into docking without the answer. I didn’t went back to him for my question because the answer was pretty obvious from his gesture… but why he gave me a smile? hmmm anyway…

7 Commando is one of the best beach I have ever been second to Calaguas. Pristine white sand and nice clear water are some of the asset of this beach. Our boatman told us to bring money so we could buy some snack and eat in the beach. There is a store selling Fresh Buko and some liquors in the middle of the beach. I notice that the fresh Buko and the beer has the same price of Php50. hehe…

7 Commando is the best place to end the tour. After soaking my body for a couple of minutes and allowing the wave to battered me, I put off my life vest put it on the sand and place my head on it and my body to the fine white sand. The moment was like a therapy. My body brushing in the sand. My eyes looking straight in the blue-white sky. My ears serenade by the crushing waves. What a life indeed!

Cost of this Tour 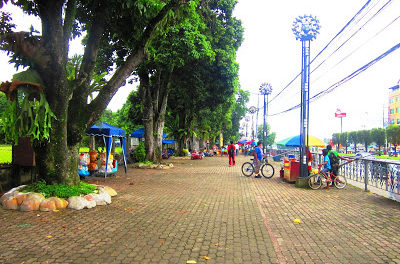 WHERE TO STAY IN TABACO: Comfy Stay at Hotel Fina 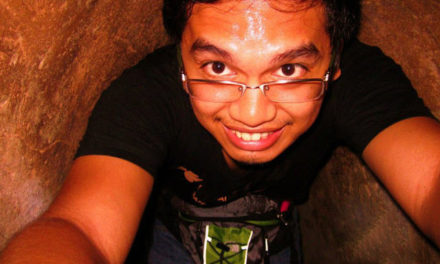