India: The Boatman in Ganges River 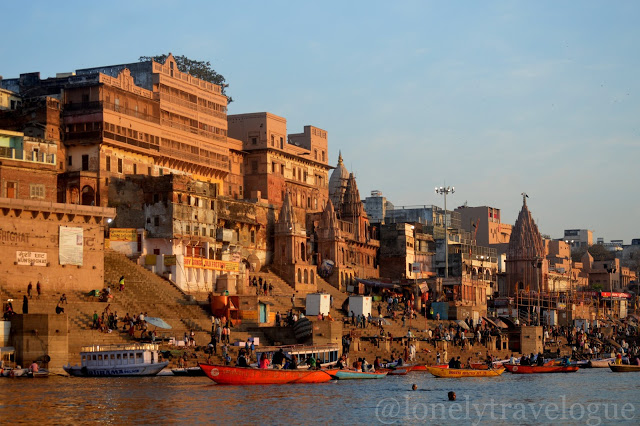 The color, the people, the culture and the rich cuisine are some of the reasons why we booked a ticket to India. It was a year-long planning before we finally set foot in this vast continent that crosses boundaries of ethnicity and nationalities. India is also a cradle of civilization. Its rivers and trade routes are important landmarks of its history. Ganges river in Varanasi has played an important role not only in the history of the Indian people but as well as with its people and religion. Varanasi is a must when you go to India because of Ganges River.

Early morning of our second day in Varanasi, we met out boatman in front of Roadhouse Hostel. It was almost dark; the sun was still sleeping but the street heading to Assi Ghat was already full of travelers. We were all be doing one thing and that is to catch the sunrise in Ganges River and to see the Ghats and the Palace along the river.
The Boatman and the River Honestly, I am afraid to dip on the water of Ganges River because of the stories that bodies of the dead are buried in the river. Though I was afraid, I was not hesitant to do the Ganges River cruise. There were a lot of people doing the cruise why would I be afraid to do so?

We arrive in Ganges River at dawn. There were no talks, we were asked to ride a wooden boat and the boatman started to paddle. Yes, it was a non-motorize boat cruising us in Ganges River. Claire did the mandatory introductions while I just stared on the water, the boatman and the horizon looking at the blazing sky. I gave a smile and a nod to our boatman. Claire asked his name, but I did not get it. There was no point of memorizing all the names of the people we met in India. It’s just hard to pronounce and memorize.

He paddled like a pro – a veteran boatman who brought a lot of tourist in this very important river. While my gaze focused on the golden horizon, I started to think, how much this man will get in our payment of 400 Rupees. Half? Maybe more than that. He seemed to have a humble life with two or three children bathing in the same river where he brings tourist like us. His wife, maybe selling souvenirs in one of the Ghats along Ganges River.    He started to sing.    Of course, I did not understand what he was singing. For my ears it’s a hum to complete the Ganges River cruise experience. A beautiful hum of an uplifted soul contented with what life has given him. I do not have the way to validate if my thought about the boatman are true. I speak with what I saw in his eyes and in every stroke of his paddle.

His hum was an early morning lullaby along with the sound his two paddles were making.    On my left was the sun rising on the east while on my right are the ancient Ghats and palaces of Varanasi. It wasn’t just a dream come true, it was a spiritual and historical encounter with the gods and great civilization. There were folks doing their own form of worship to the Ganges. Some were ritually bathing while some were doing the most basic thing in life such as brushing of teeth, washing their face, laundry or releasing the waste of their body.

The Most Holy River and the Most Polluted River It was an irony of life. Its gross and unhygienic. In the standard of “civilized” culture yes, but that’s how the Indians do it. You bath in the most holy Ganges River to cleanse your body of negativity (physically and spiritually) and at the same time poop on it. Here’s more, ceremonially cremate the dead on the banks of the river and throw the ashes to the water (some who cannot buy enough woods, bury their dead straight into the river) to stop the cycle of birth and rebirth. It’s ironic that it is the most holy river in India, yet it is one of the most polluted in the world.

Who can dictate religion and the belief of the people? They are Indians because of their culture and traditions. Who can stop a worship passed down for hundred of years? Statistics and “world -worse-list” cannot dictate traditions.     Serene Journey Back on the boat. I am glad that there were no motorize boat operating in Ganges River. I am in love with the silence of my surrounding, the music our boatman makes together with his paddle, the golden color of the sky and the sun slowly rising illuminating the beautiful colors of the Ghats and the Palaces.

How lovely. I could just have stared at the sunrise, our boatman in his peaceful state of mind, the Ghats and the palaces forever.    Before we left the Philippines, we had a briefing and I shared that Varanasi will be special to me. True enough it gave my soul a spiritual journey. It was never on the Hindu belief, because I am a devoted Christian, but with the calmness Ganges River gave me. For the first time in many years, I felt calm and quietness. I had many quiet moment and it all allowed me to speak to God within the very me.  The last time I had this caliber of tranquility was at a lake in Visayas 4 years ago.

While the boat was approaching some of the major Ghats, noise begin to spread. Boats begin to invade my space of tranquility. The I realize I was at Varanasi where tourist wants to see what I want to see.    We passed by the main Ghat and the boatman asked us in his very limited English if we wanted to continue up to the Burning Ghat. Yes, we did. Then he asked for an additional amount. Claire tried to explain that our contact told us the 400 Rupees will bring us up to the Burning Ghat. My god, everyone wants to go there because its where the action in Ganges River happens – it is there where they cremate the dead!    I let Claire do the negotiation because I was still at peace and do not want any stress. We wanted to call our contact, but we decided to just let it go and pay the extra 200 Rupees.    When we approached the burning Ghat the boatman warned us not to take videos or picture when we come close to the banks to avoid conflict. We did not understand what conflict he was talking about. In my own translation, its prohibited because something bad might happen to you blah blah blah. Guess if we followed his warning… yeah you are right. Well as available literature provided, photography will stop the body to its journey to Nirvana or in the most practical way – respect.

The Burning Ghat – Manikarnika  Indians, Hindus, believe in reincarnation or the cycle of birth and re-birth. It may be a bad thing or a good thing for an individual. But to achieve Nirvana or to stop the cycle of birth and re-birth one must be cremated in Ganges River and its ashes be thrown on the water.   This has become a major tourist attraction in India. Some conduct tours to show how they cremate the dead. Religion and ceremony is a good source of tourist money. Like in many countries it’s the religion – Basilicas, religious rites, religious festival and events etc. etc. – that makes tourist money the most.

We stayed in Manikarnika Ghat for a while and observe the sceneries. I do not know if there was an actual cremation happening. But I saw some woods, smoke and fire, so I guess there should be a cremation going on. I wanted to see a real body being cremated but there was none. Then a group of men came from one of the alley carrying something wrapped in yellow cloth – was it for cremation? I guess so. We could not have asked our boatman because of his limited English. The next thing we know was he was maneuvering to get us back to Assi Ghat.   Maneuvering with a Renewed Spirit We asked the boatman to make a stop in the Main Ghat so that we can observe and join the crowd. From the river we observed that the main Ghat is the most crowded of all. In just a snap we decided to get off the boat and get lost in the Ghats, in its narrow alleys – in the Ancient town of Varanasi.    When we were about to pay the boatman, he doesn’t have a change for 1000 Rupees. As far as I can remember, Claire prepared an exact amount for the boat ride. Our total bill was 600 Rupees, but we only have 400 Rupees and the rest of our bills were in thousand denominations. I almost pity the boat man with his tone of almost begging us to pay him 600. We told him that we will give the additional 200 to our contact of he can go to the hostel and there we will give the lacking amount. We did leave the 200 in the hostel’s reception with high hopes that it will land to the pocket of the boatman.

We didn’t want to fool the world like the world is fooling us. If I have the wealth of this world, I will give the man our 1000 Rupees bill. The only thing that we can give him at that time was our sincerity and prayers for him and his family.    High school lesson about Ganges River – where great civilization started – achieved. I saw the Ghats, I saw people worship Ganga, I saw bodies being cremated, we cruise the river, we felt the people, we somewhat touched the water of the river – the experience was almost complete in Ganges River. One thing that made the experience complete though was the personal encounter with what makes Ganges River and Varanasi – it’s the place, the people, and the person – that is me.

Along the calmness of Ganges River, the communion with the people of Varanasi and the appreciation of Varanasi is a spiritual achievement for me. The trip from Assi Ghat to the burning Ghat made me realized my importance and role in our society and environment. I am part of this civilization and as a traveler I must impart the humble values I experienced to contribute goodness in this world. 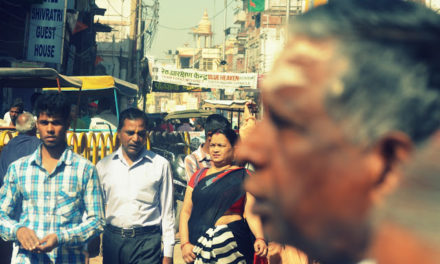 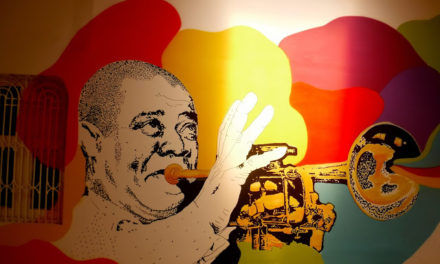 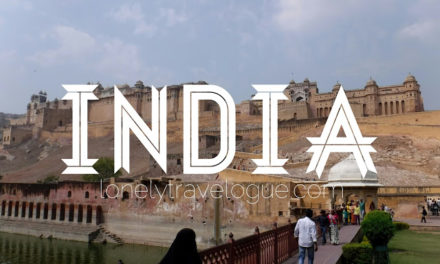 Braving the Altitude: The Out of this World Beauty of Ladakh to Alchi and Likir Monastery to the Broken Dreams in Pangong Tso Lake