It was our first time together abroad and her first travel out of the country. This must be something very special – Hong Kong was indeed very special for us.

We were early at NAIA Terminal 3 to secure a front row seat in a Cebu Pacific flight. The airline kiosk did not fail us. Adding to our luck was that, I thought there is still a terminal fee of Php550. I did not know that it is already included in our ticket! I forgot or its our lucky day? So it turned that we have an extra money for shopping and pasalubong, yey! 😉


Lana was a bit scared when we were about to approach the immigration. She is aware of some immigration horror story. Intimidating question is sometimes fired by those personel inside the glass. The only remarkable question for Lana was “what is your IG account” Seriously, I do not know what is the point of that question. What is important, I was coaching her, is to tell the truth. So she gave her IG acount, the immigration officer checked it in her smartphone and hola, hello Hong Kong!


I had my horror story after we pass the last baggage check not with the immigration. We were happy walking on the boarding gates posting how excited we are on IG and Facebook when I notice that my Nikon DSLR was not with me or Lana. I was in panic mode. I quickly run like a cheeta back to the last baggage check. While running, though I had faith that me and my camera will still see each other, on the other extreme I was already prepared if ever that camera is lost forever. But thank God, it was still there where I left it. Whew! I just had to log the item and I have it again.


At 5:20ish the plane tires rolled all the way up… what happens next I… slept all the way down. I woke up when the captain announced that we were about to land.

Welcomed by this massive painting!

After we passed the Hong Kong Immigration without question but a snot look, we quickly headed to the airport express.

I bought the discounted airport express voucher from klook.com. I bought the Airport to Kowloon for Php350 each. Kowloon MTR station is like an airport by my standards by the way. Airport express, weather you bought your voucher in klook or not, goes with a free transfer from Kowloon (or from any stops) to anywhere in that area. They have a designated bus route wherever your hotel or destination is. For us our hotel is in Mody St. Good thing the shuttle stops in Holiday Inn which is steps away from Hop Inn – our hotel.

We paid our reservation fee in the very millenial/throw back inspired theme of the hotel’s counter and we rested for a while.


First taste of the city

From Hop Inn we walked for a few steps until we found Yuen Kee similar to Wai Ying of Binondo, Manila where ducks and other stuff are hang inside a glass in front. We realized that we are not yet eating since we landed. We saw the price on the menu – it fits our budget of HKD100 per meal (HKD50 each)


… and the first lost in translation happend. We are ordering rice with some duck or chicken on top with a sauce. Since we could not understand whats on the menu we just rely on the picture and points it to an elderly waiter. But his signal was very apprehensive and he was pointing to his clock. We got it that they only serve that during luch from 12NN to 2PM. So we played a pick your food game. We looked for the most delish and he will answer yes if available and no if not. Whew… until finaly we settle on beef noodled in which we did not regret.

Another was the milk tea. It took us minutes to order milk tea because we could not understand what he was asking when I pointed to picture. Later on we realize he was asking if hot or cold. Lol. And damn it! That milk tea is the best!  I ended up buying almost every night.

After that challenging brunch we headed to our first stop – the Hong Kong Museum of History.


Since we landed in Hong Kong on a Wednesday, we were blessed with a free museum entrance. That’s a HKD40 (HKD20 each) slash on our budget 😉

Hong Kong Museum of History is one of the best museum I have ever seen. It showcase the heritage of Hong Kong from stone age to post British rule. They built a city inside the museum just to show their past and what they are now.


They built forest and city inside the Museum. The government invested a lot just to demonstrate what Hong Kong then and what is Hong Kong now.

Hong Kong Museum of History deserves a visit. It will you a clear perspective of Hong Kong. It is a good starting point of your visit in Hong Kong because it will not only set the mood and tone of your sojourn but it can also suggest where to best spend your time in the city.

Right after our filled museum tour we headed to one of the most picturesque and historic part of Hong Kong – the Victoria Harbor.


Hong Kong was under British rule for a long time. It was just in 1997 when the British left the city thus some of the landmarks, customs and traditions of Hong Kong were named after or acquired from the British. One of this is the Victoria Harbor which is one of the deepest harbor in the world.

We had a mini walking tour down to Victoria Harbor along Chatham Road. It was my first clear glimpse of Hong Kong’s skyline in Tsim Sha Tsui. There are nice buildings along the way. What I noticed was that public buses dominates the street. There are bus stops everywhere where double decker bus with determined route would line up waiting for passengers. You would noticed that tourist would sit on the top level of the bus for the good view.


No matter how good you are with maps or no matter how you studied the route, it will always be different in the actual trip. At the end of Chatham Road is suppose to be the part of Victoria Harbor. But we were blocked by massive construction works. We climbed on the pedestrian and found a park and a playground on top.


We just arrived in Middle Road Children’s Playground. We did not expect and plan to stay in a playground but it looks cute anyway.


Still trying to impress my girlfriend with my direction skills, I continued saying that everything was under control though we were soaked in sweat. I finally gave in and asked who I assume was a local. To my dismay they do not know where Victoria Harbor is. Funny right…


Then we found a light when we saw the East Tsim Sha Tsui MTR Station. Well according to the very realizable Google maps, Victoria Harbor is just across the station. Never knew that the underground station is a city in itself. Its so massive with lots of exits… exits like A1, A2, A3 to Z1 – Z5…


What was nice though was we found Starry Gallery where in they are showcasing the film industry of Hong Kong. I guess this is in lieu of the Hong Kong Avenue of Stars which is closed until 2018. Its close maybe because of the massive construction in front of the Victoria Harbor.

We exit in Nathan Road and found the Hong Kong Cultural Center across the street. We cross and entered the Cultural Center’s complex. After taking some pictures we climbed the massive stairs which I utter like “Hagdan ng Mayayaman” or stairs for the rich. When we reach the top we found locals doing their own thing in life. A senior citizen holding a news paper, a millennial and professional looking afar maybe thinking of his future, tourists like us taking pictures and some talking loud as if they own the place. And everyone has one agenda, to maximize the breeze because the magnificent view of Victoria Harbor is in front of them… of us.

I was overjoyed that we finally found our destination. You will encounter a lot but let your heart stop for a while with other things, it will give more spice and story to your narrative.


We went down and we proceed to the Rail Clock Tower for a better view of Victoria Harbor and the Hong Kong Island Skyline.

Bank of China
International Finance Center
From the Rail Clock Tower promenade you will see the busy Victoria Harbor and the world famous landmarks on Hong Kong Island like Bank of China Tower, The International Financial Center tower two, Hong Kong Convention and Exhibition Center and my favorite HSBC Headquarters. You can cross the harbor through the equally historic Star Ferry to explore Hong Kong Central as well as other parts of Hong Kong Island.

The Rail Clock Tower is a great spot to capture the rich economic prosperity of Hong Kong. No wonder why tourist are flocking in the promenade day and night. 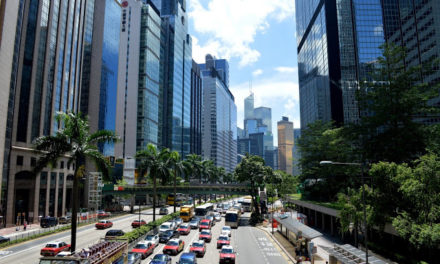 TRAM: The Most Affordable Way to See Hong Kong 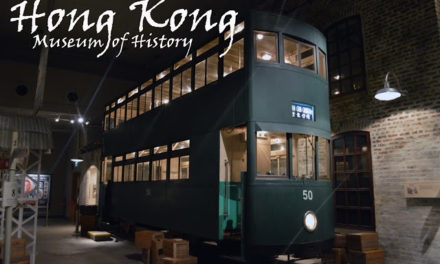 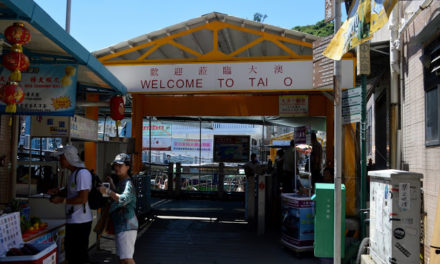 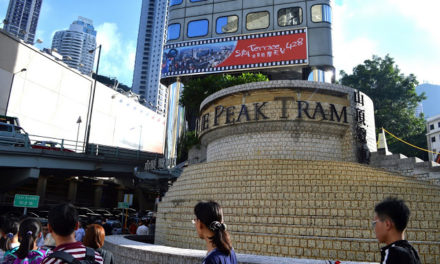 Victoria Peak and The Peak Tram