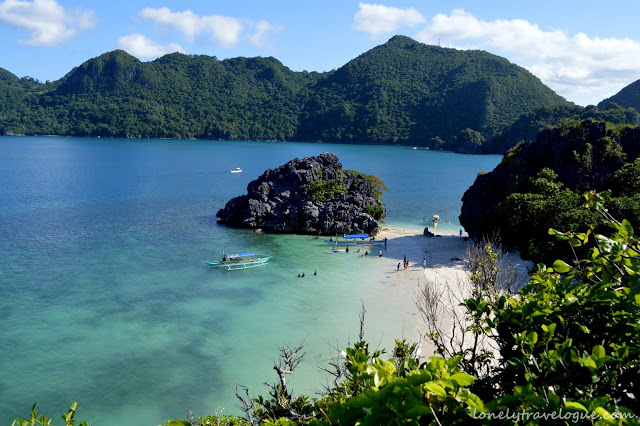 Ten years ago Caramoan was just a dream. When the dream becomes a reality
it seems like I have entered a paradise in a far away land. The
moment I stepped onto my first island in Caramoan, I was ready to
forget Manila, everything was so alluring and mesmerizing. No wonder
many seasons of Survivor shows all over the world were shot here and even up to now.

Caramoan
is a first class municipality in the Bicol Region with less than
50,000 inhabitants. It has more or less 70 kilometers of irregular
coastline surrounded by vast ocean – Philippine Sea of the Pacific
Ocean on the North. Aside from its numerous islets it has 10 major
island municipality open to public.

To
reach Caramoan you would have to take a four hours scenic ride of
zigzag and rolling hills from Naga City – the jump off to this
tourism paradise. Lush green peninsula, the peak of towering Mayon
Volcano, and the farm life of rural Bicol are the frequent view that
keeps you awake during the butt numbing trip.Upon reaching Caramoan
you will be greeted by an ordinary beach with black sand where boats
are lined up available for your island hopping. But do not get
disappointed by black sand, the magnanimous rock formations on the
north side of the beach are just glimpse of what Caramoan has to
offer.
Matukad Island   When
we arrived in Caramoan we immediately jumped on the boat and headed
to our first destination – Matukad Island.   I
cannot utter words specifically designed for the powder fine sand of
this island. There was an electrifying effect when my right foot
touched the water and the white sand. The resulting action of the
specific feeling was to walk barefoot giving-in to nature’s
invitation. Everywhere I turned to is white – excluding the vivid
colors of the plants and rock formations – with portions of crushed
shells and corrals which actually gave more characteristic to the
small shore of the island.

Matukad
Island is not just known for its fine sand and glamorous vista of
rock formation. Matukad in Bicol means to
climb thus
you have to climb in order to be awed once again. Do not be afraid of
sharp rocks it will lead you to see the 180 degrees view of the sea
including the island’s shoreline. Not only the shore and the sea that
made people want to climb the sharp rocks of Matukad, a tale about a
milkfish habituating in the the lake visible when you climb the rocks
adds excitement to its visitors.
According
to the tale there were two milkfish freely living in the lake until
one fisherman catches the other one and ate it with his family.
However, eating of the milkfish allegedly gave misfortunes to the
fisherman and his family to the point of death of the whole clan.
From then on no one attempted to catch the remaining milkfish. Guides
will allow you to climb but one cannot cross the specific boundary
specified by them. Misfortunes will play a part if ever you cross
that boundary as the tale says.

PitogoIsland
I
was a bit disappointed when I saw Pitogo Island. I did not see a
white sand beach which I expect in all the islands of Caramoan. But I
was hearing a nice melody when our boat was approaching the shore. I
was sure it was from the island and the waters crashing onto it.

“What
is that?” …was my first words when I heared the sound coming from
the shore. I stood up, went on the edge of the boat and spotted the
shore full of pebble rocks. I smiled, knowing that this is another
first to my experience. Contrary to Matukad’s fine white sand, Pitogo
has a pebble beach, not just one beach but a twin pebble beach!

The
island welcomed our small fleet with its songs created by the wind
from the pacific as the waters crushing on the pebble beach. It was a
jaw dropping scene and experience to the point that I cannot make a
move. I just stood there and listened to the melody.

After wards
it was time to climb the hill. We climbed to death – yeah lack of
exercise actually no exercise at all. But I know up in there is a
promise of spectacular view of the bay and the twin beach. I climbed
late and battled the knee-length grass of the trail. I had
some scratches upon reaching the summit. But that was okay, I don’t
mind getting bruises than to deprived myself of a lifetime
experience. Reaching the summit, the wind blew us not just of
wonder but of literal blow of air which we liked. Up there, aside
from the pebble beach, you will find the islands and islets by the
name of Pandan, Lugan and Catanaguan.
Nalingawan Island   The
next morning we took a one hour boat journey on the north-side of
Caramoan. I was excited because Nalingawan is a combination of beach
and rolling hills island. Mangroves was the first sight then a lush
of green with herds of cow grazing in the open fields. There are no
many trees on the island but the rolling hills suffice it to be a
picturesque memorabilia for an urban junky that longs for nature.
First pulse would be a selfie then a picture with the cow grazing
over.

On the northwest side of the island is another mystical tale this time from a form of land. Visible from the rolling hill is a peak hill that has fences and has tick trees on top – they said that nobody goes there because doing so will bring bad luck or can even cause death. I wanted to try but our guides were afraid so I abide.   They said that Nalingawan Island was caused by volcanic eruption. There are volcanic rocks scattered all over the vast green land. This black rocks dotted on the green fields with cows roaming around adds characteristic to the vivid color of the island. On the far end is the turquoise Philippine Sea of the Pacific Ocean gone mad.

Carved
by magnanimous black rocks, white sand and roaring waves this side of
the island is perfect for both adventure and contemplating. With
towering waves and heavy volcanic rocks you will humble yourself to
the creation of the Lord. We sat on the rocks for a while then later
on gave-in to the inviting turquoise water and playful waves.

Going
back to our boat the tide begins to recede. Seeing a white line on
the middle of the sea was a signal that we have to move to our next
destination – the sandbar of Cotivas!
Cotivas Island   Have
you been to a sandbar where starfish are scattered as if just came
down from heaven?   Not
far from Nalingawan Island is Cotivas Island where folks usually
spends most of their day to enjoy white beach and calm waters. It has
nipa cottages that can be rented for your stay. The beach is white
sand but the stretch of it has rocky part which gave it a unique
characteristic perfect for picture taking and selfies. I found some
small fish on the rocky part that was trapped when the tide begins to
recede.

Then I begin walking towards the sandbar where most people were relaxing. I had to stop frequently while walking on the sea because the sand is so soft that I almost stumble with my DSLR on my left hand and smart phone on my right. I reached the sandbar with joy and triumph that my cameras were not wet. Then I noticed that the sand is not really white but it looked white when sunlight reflects on it. Its not that fine but actually like a fine crushed shells. Nevertheless, its still good for barefoot-walking-on-the-sand and sun bathing.

The sand bar is a work of art with sand ripples caused by waves or the receding tide. The whole sandbar is a big canvas of God’s masterpiece that will soon fades to give way to another one. Do not get fooled by the white line you saw on the shore, the Cotivas sandbar is so big and it will tire you when you walk end to end. But still we did, I was joined by my friends, with the determination to see whats on the other side. Our reward was dozens of starfish dotted on the sandbar and under water. I have never seen starfish in that volume! It seems that the heaven poured its light from heaven when the stars came down to make me smile. I was like a child in exitement when I saw each one with different colors and patterns! I swam on the sea and saw more on the seabed. It was such a delight to witness God’s creation in just one place – the vast sandbar with a lot of starfish. Traveling
in Caramoan is definitely more fun during summer season when typhoons
and thunderstorms are shy thus the skies are clear and blue. NagaExcursions the tourism arm of Naga City did a great job in
collaborating with local tour operators in providing informations and
services to travelers. You may contact them or the Kaddlagan Outdoors
if you plan to visit Caramoan or Bicol soon. 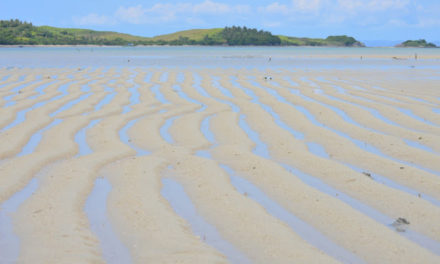 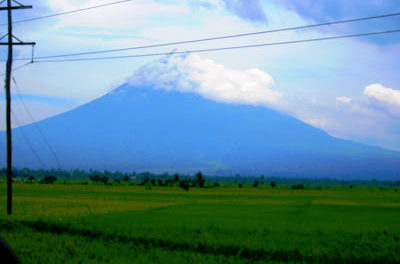 Matukad Island and the Lonely Milkfish