The Dolphins, the Fishes, the Corals and the Virgin Island of Panglao Bohol 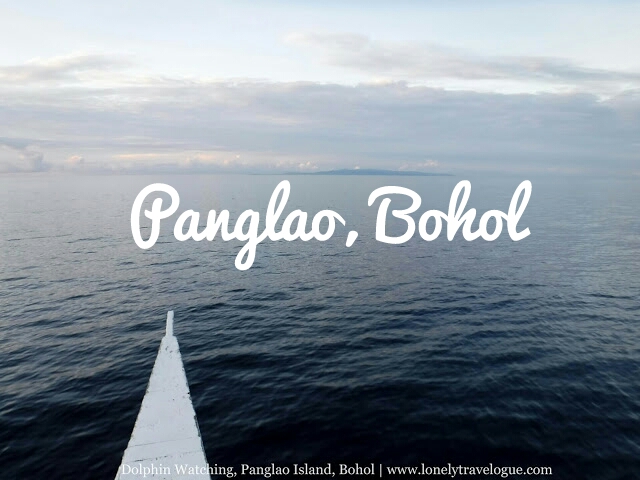 There are fairy tales that last for a
lifetime. We often dream of these magical creatures in a utopic-European-like-kingdom
when we were still ought to believe that Sta. Clause is real. Mine is
different. I thought of elements living in the forest protecting their kinds
from predators of other kind. That includes us human.

When we were in Bohol I felt these
magical creatures, alive and speaking to me. From the dolphins playing in the
waters of Panglao to the man-made forest of Bilar to the mystical beauty of the
Chocolate Hills, they thought of one thing during our stay, they all spoke to
me in the senses only me can understand. I think they also do spoke to all of
us because nature always speaks to us.

The calm waters of Panglao was a
sign of a grand welcome of the sea. The clouds were smiling at 6 o’clock
in the morning. The sun was still shy but there was a promise of sunshine. Even
the pump of the boat was like a melody of our grand entrance to the kingdom of
the dolphins. The boat stopped and caught my
heartbeat and the calm deep blue water. …and silence among the four of us in
the boat. We moved forward when the captain saw a
school of dolphins jumping in the air…

…and the calmness of my heart slowly
brought smile in my face.

They were not shy to show their
prowess. They were jumping like us when we were kids playing in our own playground. Their fins which you will see first in
their body when they jump in the air brought excitement in me. I saw the innocence
in their eye and wildness in their beak. These wild dolphins are small compared
to what we saw on American films and big adventure parks. These are wild
dolphins free in the waters of Bohol.

I feel that they were free and
contented. They were saying, “…allow us to be here forever
for this is our home” …afraid that human
O”beast”ity would hunt them down for survival or greedily. It’s their home and we should actively
protect their home in our own little ways. What are these? By simply not
throwing your plastic garbage in the sea is an active participation.   Balisacag Island was 20 minutes away
from the spot where we watched the dolphins playing for our pleasure. The sea
was still calm when the boat maneuvered. The stillness and the roar of the boat
engine engulf my mood to stay in front of the boat and think of whatever comes
in my mind.

Few minutes had passed when the boat
man tapped me and points me into the island with a white lighthouse. He told me
that the island is our destination. After the calmness and serenity, there
was a sudden shift to commercialism. When I stepped into rocky shore of the
island, there was a man who approached me and asked if we wanted to hire a boat
to watch the sea turtles in one of the sanctuary. I turned my eye to our
boatman because we rented the boat for a package meaning they will cover
everything. Then I was told that our package includes
only the snorkeling in the marine sanctuary and sea turtle watching is not
included in the package. We prepared our stuff for the snorkeling then we
boarded a small boat going to the marine sanctuary. A few minutes later the boatman
told me to jump on the water with my snorkeling gear on.

Underwater is a different world. If the
calmness of the sea will make your mood, the view under it will hypnotize you
till you lost track of time. There were a lot of kinds of fish, colorful rocks,
beautiful corals and damage ones. It was not my first time to snorkel but
the excitement is always the same. I’m living in an archipelago – most family
outing and getaway with friends involves the sea and everything in it. But the
first dip of my feet into the water is always like a first kiss, sweet and
tender then later you’ll dive into the wholeness of it.

The water in the marine sanctuary is
just almost my height thus I can stand on the sea floor. I was careful not to
step on the corals. I felt like I am in big aquarium swimming with a school of fish
and communing with other underwater species.

Our next stop was the famous Virgin
Island of Panglao Bohol. To tell you honestly, I did not like it there.

Virgin island is a sandbar with sea
grasses and some commerce on it. The sand is white but not that fine per our
standard of a fine white sand. You can deep in the waters surrounding the
Virgin Island no doubt. But we opt to just seat on the sand and think of
forever in the sand under the sun the clear sky.

What I did not like about the Virgin
Island is the smell and the dried sea grass that looks like a garbage. Yeah,
there are some garbage too in the island mainly because of the little commerce
in the sandbar.

After a few minutes of staying on the
Virgin Island, we decided to go back at the BE Grand Resort in Panglao and prepare for our
afternoon activities – the country side tour. 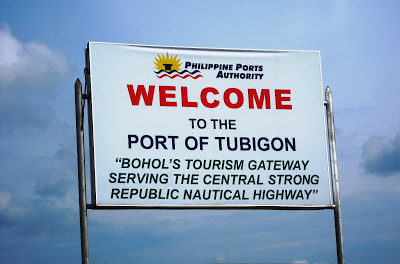 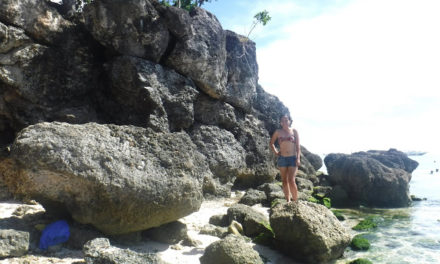 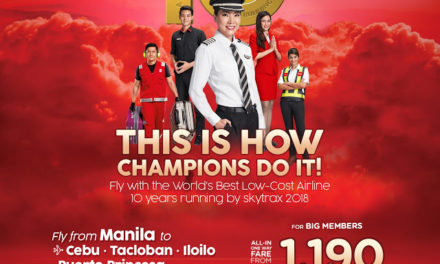