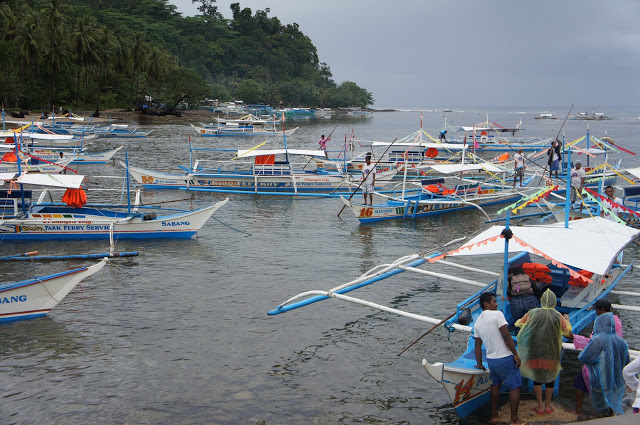 A Little Story To Tell It was a dream some years ago. The word underground river
tickles my ear to the point that I seem to imagine it in bed. The idea of
setting of to Palawan was not alien to most of the backpackers like me.
Probably Palawan is in the top five list of any novice backpacker.
Before we set foot in the paradise island of Palawan, I
decided not to avail of any tour packages found in the internet nor the hotel
packages. Well that was a deadly sin! First I’ve thought of DIY Underground
River Tour. Taking a bus instead of joining a tour group riding in a
comfortable van was not my ideal travel.

My first agenda before savoring the city of Puerto Princesa
and snorkel the Honda Bay was to secure a permit from the tourism office. There
was a flock of people lining (or sitting) inside the office. When I approached
one of the employees she asked me until when are we going to stay in Palwan.
She asked me this because they were no longer issuing permits for the
underground river tour because of too much tourist at that time. I asked until
when they were holding releasing permits – and they said within two weeks.
My life was devastated. The tricycle driver that we hire
tried to bring relief saying he will do anything he can to search for spare
permits in hotels and travel agencies. He said that there might be some tourist
cancelling their tour thus will give way to us.
I tried to call the hotel if they still have permits for us.
I am not surprised by their answer – no.
That same day, I called the owner of the hotel and tell them
that I am willing to pay Php2,000.00 for the tour (from Php1,400.00 – includes
the van, permits, boat and buffet lunch), he said that he’ll do his best.

(There were lots of tourists
at the time we visit because of the nomination of the Puerto Princessa
Subterranean River into the new Seven Wonders of the World plus given the fact
that it was Febuary – winter in Europe. When I searched for the website of
PPUR, I found out that they are now announcing of the specific month is fully booked
or not)      Then
it was Friday. We woke up as early as 4am. We were waiting for the van going to
Sabang Beach, the gateway to the world famous Puerto Princesa Underground
River. =)

The
ride was comfortable and easy. It was a 2 hour journey in this world famous
park. Thank God for the soothing music of the van, the journey was enjoyable.

Until
we reach the place in a cloudy and rainy morning, I didn’t know that there we will
be welcomed by a surprised challenge. The driver pulled us only to say to me and
my friend the surprise – WE DON’T HAVE PERMIT YET. Haha…While he was telling us
the challenge, he hand to us the identification of the rest of the group. He told
us that we have to get the permit to the office and tell the tourism officer that
we just checked-in in one of the resort/ hotel within Sabang Beach. We were
shocked but could not do anything but to go and tell a
lie to get the permit.

We did
get the permit after an hour to an hour and half of lining up and processing
the permit to different set of officer. Whoaa… it official I get to hold the
permit then I hand it to the driver to further give us instruction.

We
were seven in the group two from Australia, one from California and us, four
from the Philippines. The two ladies from Australia who become my friends
joined me in the city tour the next day.

Cruise of My Life The boat sailed the wavy sea. The 20 minutes ride was as serene as sleeping in the cold night. With the
sound of the waves combined with the rhythm of boat engine, the view was
perfect. Stone formations are one of a kind. The wall-like mountain is like a garment  upholstered by God Himself. That was a paradise recognized for its beauty
and allure.

The Facade to the River

It was still raining when we reached our destination. But that did not stop us from doing the things that we wanna do. The rain seems nothing to us at that moment.

The Puerto Princesa Subterranean Underground River was named
this year as the New Seven Wonders of Nature. That was not a surprise to us
Filipinos because the manner in which they choose the winner was by online
voting and texting. As the
country boasting to be the texting capital of the world winning would not be a
problem.

Before it was nominated
to be the New Wonders of Nature, Puerto-Princesa
Subterranean River National Park was declared by UNESCO
as world heritage site in 1999. That for me was more prestigious because it was
UN not by the number of people voted.     As we were approaching the mout of the cave, my heart keeps pounding to the extreme! Many things were running in my head saying Here I am now entering the doors of one of my dreams! Others were joking around with the paddle man/tour guide.

Here are the scene inside the cave I took a lot of photos while we were inside the cave. Good thing about the tour guide is that they make a sensible interpretation of the stone images unlike in Sagada where almost were “green”

There’s a vandal on cave entrance. The paddle man says that it is a marking by cave explorers during the 70′ (?)

Luckily, I’m holding the lamp giving me the opportunity to take pictures of the image I wanted. hehe

The image of the Holy Family.

While paddling through the cave, the paddle man was giving some entertainment in both English and Tagalog. They were joking on every figure and on every rhyming words they speak. Sometimes it was a little bit “corny”, out of humanitarian purposes, all of us laugh. haha

The rain has stopped when we went out.    The experience inside the Underground River was extraordinary. All of us were amaze by this wonder of nature. We live nothing inside the cave but the cave gave us memories and a smile on our face. Surely, words cannot justify the allure of this magnificent work of God. Only experience can justify the serene beauty of the cave.

Paradise of Palawan The beauty that we just saw is not yet end as we taught.    The cave gave us positive outlook towards life. The beauty of the planet is never ending especially in the Philippines where Flora and Fauna is of unlimited search.    Outside the cave will give you an amazing view of the water from the underground river meeting the West Philippine Sea.    Here I took some pictures:

Don’t be confuse with my tee shirt =)   Our eyes was full of beautiful scenery experience and now its time to put some carbs and meat to our stomach through the all you can eat restaurant in front of Sabang Beach. Sadly  I wan not able to take picture of the beach and the restaurant. But here I have the picture of tamilok that a native sold to us for Php100 just for experience.

Tamilok goes along with vinegar but I prefer Calamasi or Lemon =)   I will never forget the experience packed with trill, emotion and awe. Palawan is definitely one of the best destination in the world and I will never be reluctant of blogging my experiences in the Island.   What we usually catch in the natural or manmade wonders we endeavor to lay eyes upon were not the natural attraction that impressed me in the Puerto Princesa Underground River. One would not appreciate the once longest underground river if only the view of stalagmites and stalactites our impression of wonder will only rely upon.The cave dominated by water coming from the West Philippine Seas is one of natures most sacred place. What instilled to me by the less than an hour of boat ride was the communing with nature. Seeing the rock formations while listening to the paddle of the boat man/guide was such a retreat from the outside noise. Feeling every forces that God has used to create this awestruck wonder even more created the moment a special attachment with nature. The underground river might be overrated for some. This maybe because the underground river offers more than your usual sight seeing.     Travel Expenses:   Php2000 – inclusive of transportation, Buffet Lunch, Boat ride, and all permits.  Php50     – rain coat that we bought because it was raining Php400   – Ugong Cave entrance and Zipline. Php2450 – TOTAL     Related PostHonda Bay Palawan: Luli Island, Pambato ReefPuerto Princessa City TourUgong Rock Cave and Ka Lui Restaurant 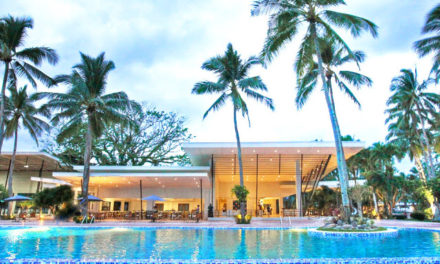 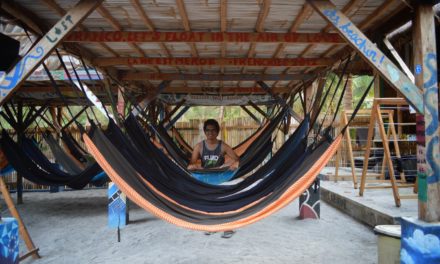 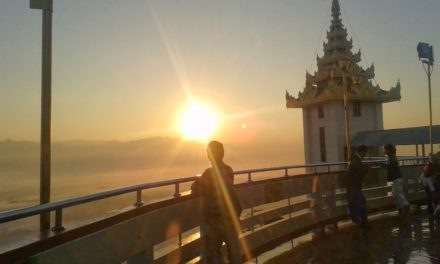